One to Watch Wednesday: SPINES

SPINES are, without contest, Dublin’s hottest all-girl rock band at the moment. Despite the fact that all four band members are sitting their Leaving Cert exams this June, they have been making big waves in Dublin’s rock scene of recent, playing such esteemed venues as The Mezz and The Workman’s Club. I spoke to lead vocalist and songwriter Ciara Lindsey about the band’s music and the music that inspires them!

“The Arctic Monkeys have definitely had a huge influence on my music. Their lyrics are so clever and the stories behind each song are really thought provoking. I try to mirror them in my own music as much as I can. Other artists that inspire me would be The White Stripes, Lily Allen, Savages, The Slits, Warpaint, and The Wytches and of course how could I forget the one and only David Bowie. ”

“It’s either going to have to be ‘The Very Best of The Doors’, a compilation of all of their best stuff. Or the self-titled first White Stripes album. I’m leaning more towards The Doors, as they completely transformed my preconceived ideas about music and how to perform when I first started listening to them.”

“Savages would be pretty cool to do a collaboration with. They have a very distinct and interesting sound, they recently made an experimental album with a Japanese female acid punk band called ‘Bo Ningen’. It was pretty crazy, I love music that’s just pure chaos! I would make some destructive noise with those chicks.”

“GIRL BAND blow me away! But there are LOADS of bands making their way upwards on the Irish scene at the moment that are incredibly talented like The Witch Trials, Mr Rosso and The Altered Hours.”

“We are playing the Mezz on the 24th of this month, then unfortunately we’re going to have to take a break for a while, as we all have our Leaving Cert exams this June. During the summer months we’re going to put our heads down and try to get tighter as a band and write a few more tunes also. So hopefully we will be playing a few gigs by the end of summer!”

SPINES play The Mezz on the 24th April alongside Wild Rocket and No Monster Club and admission is free. You can find their music on Soundcloud and Bandcamp and keep up with what they’re doing on their Facebook page! 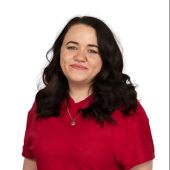